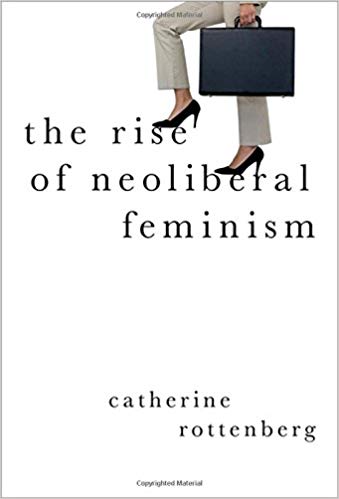 From Hillary Clinton to Ivanka Trump and from Emma Watson all the way to Beyoncé, more and more high-powered women are unabashedly identifying as feminists in the mainstream media. In the past few years feminism has indeed gained increasing visibility and even urgency. Yet, in her analysis of recent bestselling feminist manifestos, well-trafficked mommy blogs, and television series such as The Good Wife, Catherine Rottenberg reveals that a particular variant of feminism-which she calls neoliberal feminism-has come to dominate the cultural landscape, one that is not interested in a mass women's movement or struggles for social justice. Rather, this feminism has introduced the notion of a happy work-family balance into the popular imagination, while transforming balance into a feminist ideal. So-called "aspirational women" are now exhorted to focus on cultivating a felicitous equilibrium between their child-rearing responsibilities and their professional goals, and thus to abandon key goals that have historically informed feminism, including equal rights and liberation.

Rottenberg maintains that because neoliberalism reduces everything to market calculations it actually needs feminism in order to "solve" thorny issues related to reproduction and care. She goes on to show how women of color and poor and immigrant women most often serve as the unacknowledged care-workers who enable professional women to strive toward balance, arguing that neoliberal feminism legitimates the exploitation of the vast majority of women while disarticulating any kind of structural critique. It is not surprising, then, that this new feminist discourse has increasingly dovetailedwith conservative forces. In Europe, gender parity has been used by Marine Le Pen and Geert Wilders to further racist, anti-immigrant agendas, while in the United States, women's rights has been invoked to justify interventions in countries with majority Muslim populations. And though campaigns such as the #MeToo and #TimesUp appear to be shifting the discussion, given our frightening neoliberal reality, these movements are currently insufficient. Rottenberg therefore concludes by raising urgent questions about how we can successfully reorient and reclaim feminism as a social justice movement.

Catherine Rottenberg is Marie Sklodowska-Curie Visiting Professor in the Department of Sociology at Goldsmiths, University of London, as well as Senior Lecturer in the Department of Foreign Literatures and Linguistics and the Gender Studies Program at Ben-Gurion University. She is the author of Performing Americanness: Race, Class and Gender in Modern African- and Jewish- American Literature and Black Harlem and the Jewish Lower East Side.