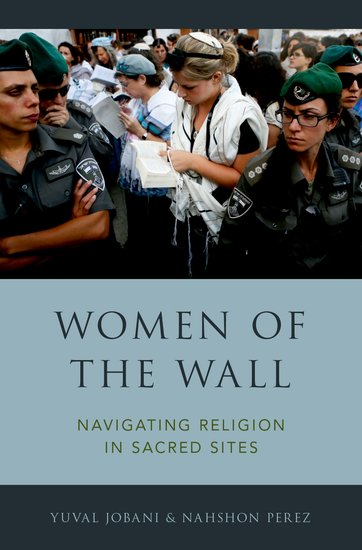 In October of 2014, 12-year-old Sasha Lutt read from a tiny Torah scroll as a part of her bat mitzvah in the Women's section of the plaza at the Western Wall, Judaism's holiest prayer site. Surrounded by members of the multi-denominational organization, the Women of the Wall, one of whom had smuggled the scroll into the plaza, Sasha became the first woman to read from the Torah at the site. For more than twenty five years, the Women of the Wall have been waging a campaign to gain the Israeli government's permission to pray at the Western Wall. Despite widespread media coverage, this is the first comprehensive study of their struggle.

Yuval Jobani and Nahshon Perez offer an in-depth analysis of the Women of the Wall's attempts to modify Jewish-orthodox mainstream religious practice from within and invest it with a new, egalitarian content. They present a comprehensive survey of the numerous legal rulings about the case and consider the broader political and social significance of the Women of the Wall's activism. In this way, Jobani and Perez are able to address broader issues of religion-state relations: How should governments manage religious plurality within their borders? How should governments respond to the requests of minorities that conflict with ostensibly mainstream interpretations of a given tradition? How should governments manage disputed sacred sites and spaces located in the public sphere? Women of the Wall: Navigating Religion in Sacred Sites offers a critical new look at theories of religion-state relations and a fresh examination of religious conflicts over sacred sites and public spaces.