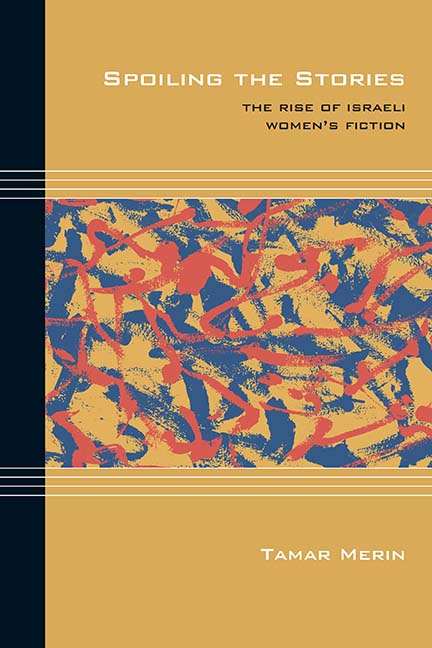 In Spoiling the Stories, Tamar Merin presents the as yet untold story of the rise of prose by Israeli women, while further exploring and expanding the gendered models of literary influence in modern Hebrew literature. The theoretical idea upon which this book is based is that of intersexual dialogue, a term that refers to the various literary strategies employed by Israeli female fiction writers expressing their voice within a male-dominated and (still) inherently Oedipal literary tradition. Spoiling the Stories focuses on intersexual dialogue as it evolved in the first three decades after the establishment of the state of Israel in the works of Yehudit Hendel, Amalia KahanaCarmon, and Rachel Eytan. According to Merin, these three women writers were the most important in the history of modern Hebrew literature: each was a significant participant in the poetic development of her time.
About the Author
TAMAR MERIN is an Israeli novelist, literary scholar, and critic. She is currently a research fellow in the Gender Studies Program of Ben-Gurion University of the Negev. Her critically acclaimed novel in Hebrew Yeladim (Children) earned her an Israeli Ministry of Culture Prize, the Kugel Award, and a literary prize from the Yitzhak and Rachel Goldberg Foundation. She received the 2014 Bernstein Award for Literary Criticism.